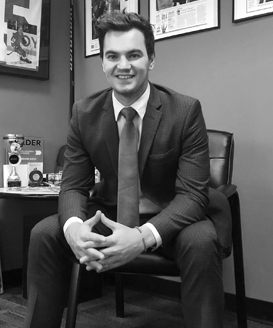 Joseph, or Joey as we call him, grew up in a family of six playing hockey competitively in Saint Claire Shores, Michigan.  He went on to attend Rochester College as a student athlete and graduated with a bachelor’s degree in Psychology on April 29th, 2017.

Joey started with the business in May 2017 and has since been promoted to the President and CEO of the company in just under a year.  His efforts were solely responsible for the expansion of the company into Ohio.  Since the expansion at the beginning April 2018, he has already solidified himself as one of the leading top offices across the country. He attributes his success to his competitive mindset and team-oriented mentality that he developed while growing up as a hockey player.